Thanks to the unstoppable combination of Miss O’Connell and Mr Price, the Vaughan has built up a reputation for its impressive end-of-year school productions - and this year’s musical, Kiss Me, Kate, did not disappoint.
Set both on and off-stage during the production of Shakespeare’s The Taming of the Shrew, audiences delighted in Cole Porter’s musical masterpiece with show-stopping numbers including ‘Another Op’nin’ Another Show,’ ‘Brush Up Your Shakespeare,’ ‘Always True to You in My Fashion’ and ‘Too Darn Hot’. The plot revolves around an egotistical actor and producer, Fred Graham, and his ex-wife, Lili Vanessi, who are forced to play opposite each other in a musical version of the Shrew. The battle of the sexes continues onstage and off, as it becomes clear that, as much as this couple profess to hate each other, they are also still in love. Alongside their bickering liaison, the show’s supporting actress, Lois Lane, supports her gambling boyfriend, Bill, as he attempts to evade the the clutches of local gangsters.
Running for three nights during the last week of term, the exceptionally talented cast and crew delivered a charming homage to the razor-sharp wit of Shakespeare and a sparkling tribute to theatre - in all its greasepaint and glory. Thank you to the staff, pupils, parents and friends of the Vaughan who gave up their time and worked so hard to produce such a fantastic show, and a huge congratulations to all involved.
Click below to view some fantastic photos of the production, taken by friend of the School Weenson Oo: 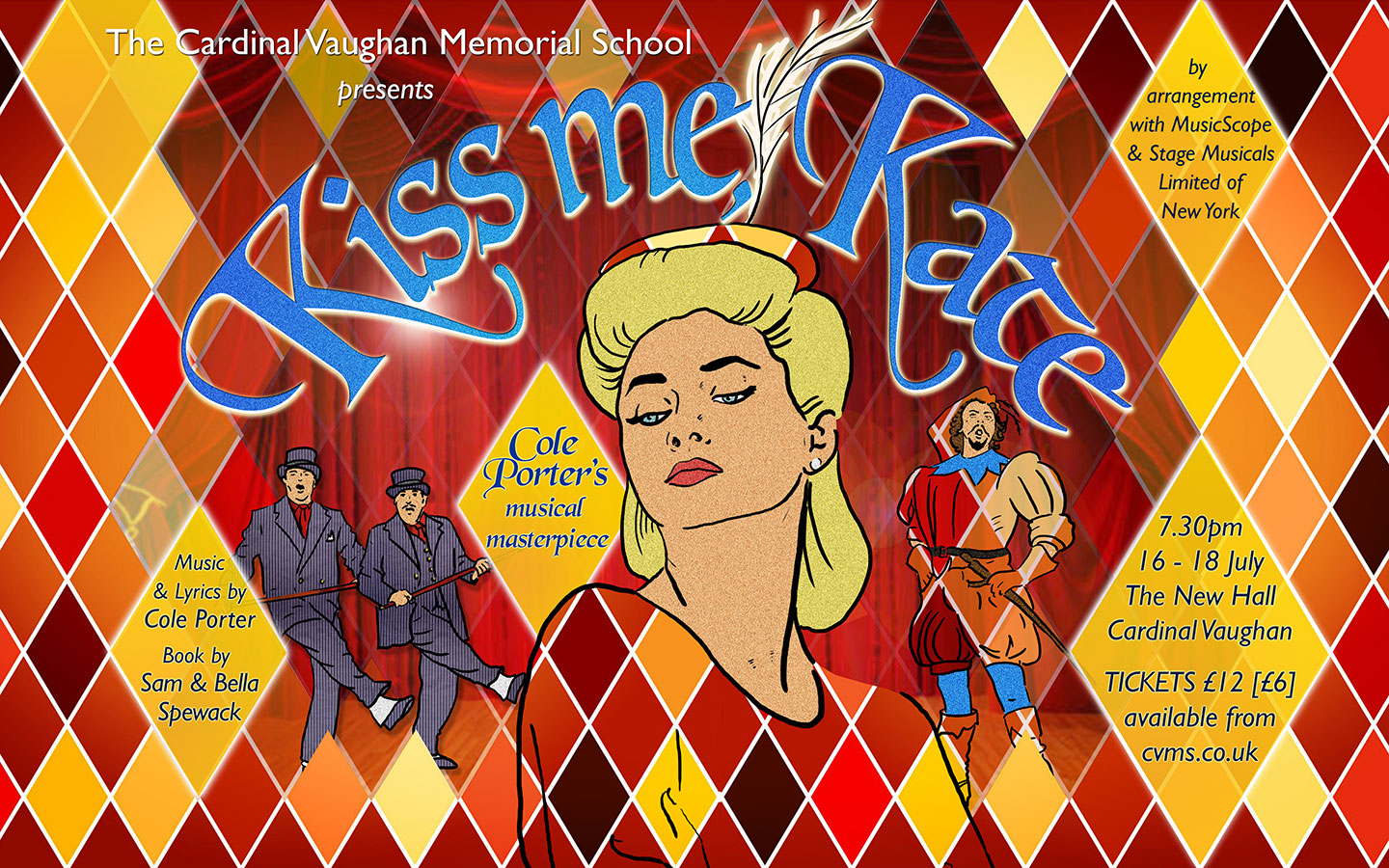