'One language sets you in a corridor for life. Two languages open every door along the way.' - Frank Smith

The MFL department’s intent is to build and nurture a curiosity and love of foreign languages and to provide an opening to other cultures.

Language is communication. It reflects the culture, history, values and beliefs of people and allows us to explore others and ourselves and to see the inter-relationship between people.  We endeavour to enable all of our pupils to foster, sustain and maintain relationships between people, particularly of different cultures and backgrounds and we hope to broaden all of our pupils’ horizons with experiences to help them grow beyond their immediate surroundings.

French is studied from First Form and can be continued through to GCSE and A level. Spanish is available as a new subject in Third Form as part of the GCSE options and pupils can continue studying Spanish in Sixth Form at A level.  Exam results are excellent year on year and students often leave the school to study languages at university. 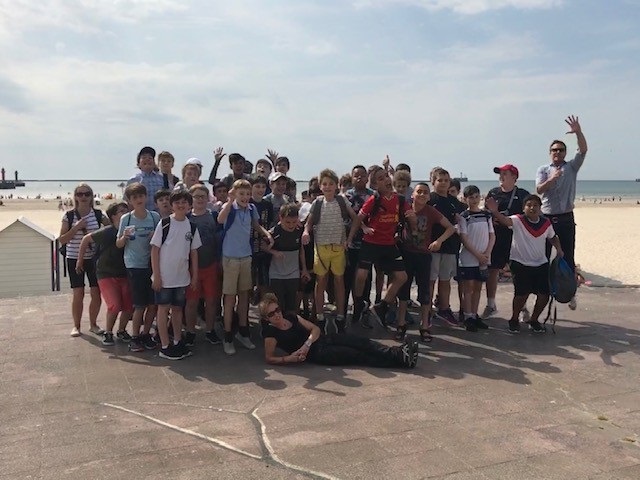 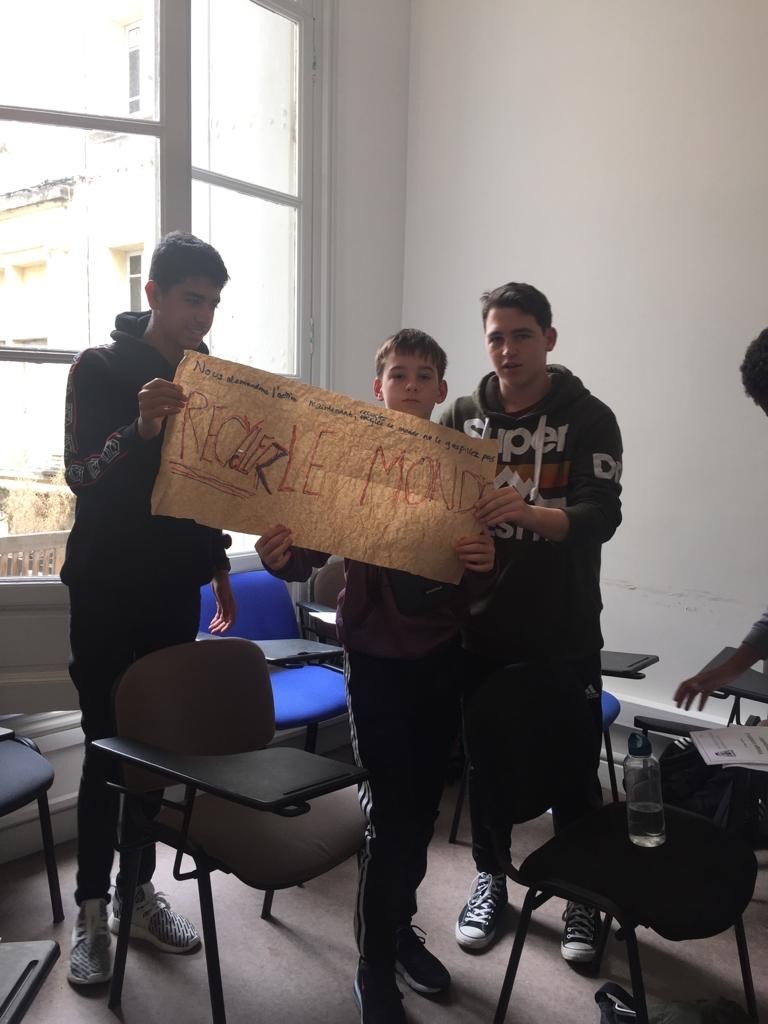 There are trips to France (Calais and Montpellier as of 2019) available to boys in First to Fourth Form and Sixth Form pupils benefit from theatre trips where possible and relevant and visits to the Institut Français and the Instituto Cervantes. 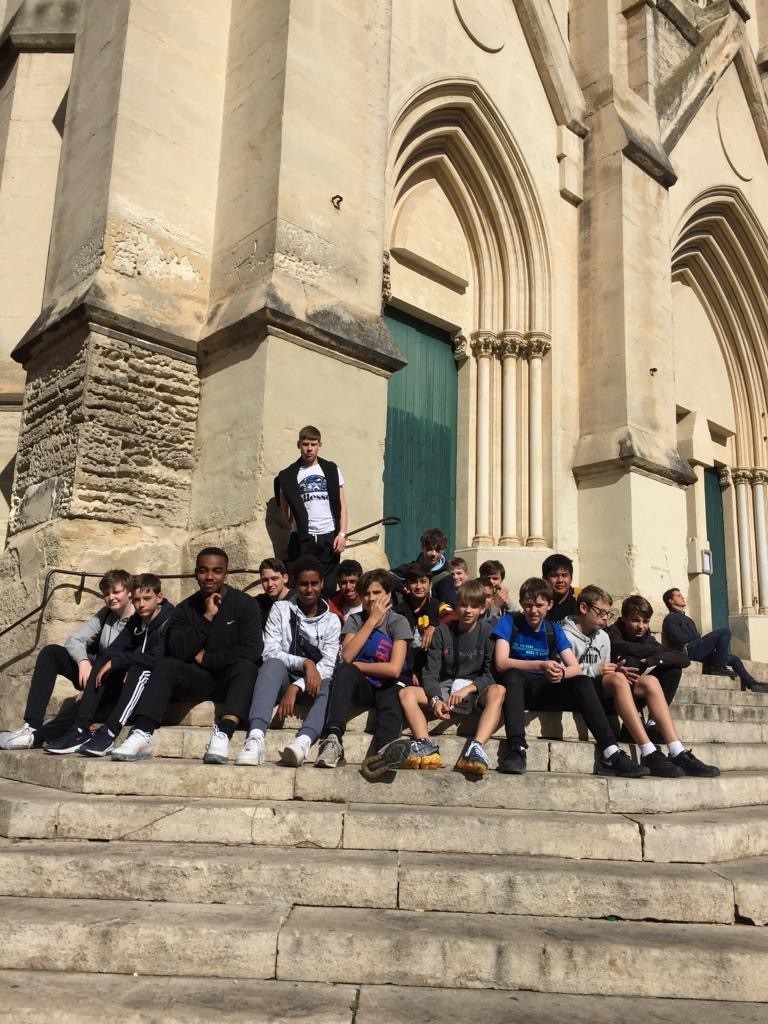 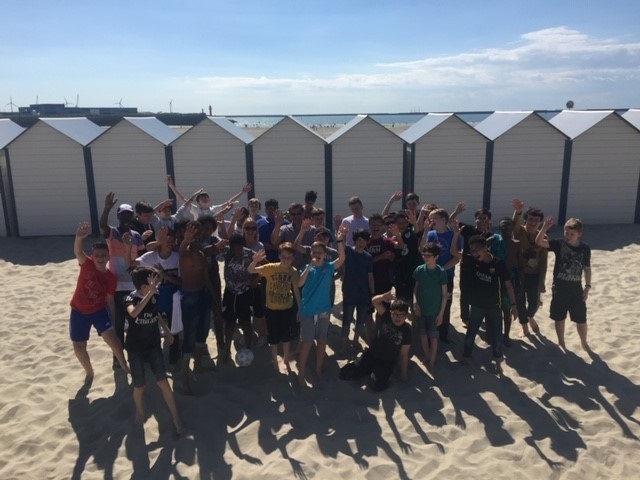 French is taken by all pupils in the First and Second Forms.  Pupils will choose whether to continue with a foreign language at the end of their second year at the school.

In the First Form we aim to consolidate any knowledge of French acquired in primary schools and seek to develop the boys’ ability to speak, understand spoken and written French and to write accurately.  We endeavour to promote the ability to communicate spontaneously and fluently within the topics studied. Their areas of experience will include learning the language of the classroom, clothes and colours, family and physical description, free time activities and weather and places in town.  Their learning will be underpinned by the following grammatical structures: gender of nouns, definite and indefinite articles, agreement of adjectives, possessive adjectives, prepositions, the present tense, some common irregular verbs, high frequency verbs, the near future tense, modal verbs and time indicators.

In the Second Form they will continue to develop their language skills in the following topic areas. Countries, towns and transport, daily routine and time, shops and food items and at the café/restaurant.  We build on what is learnt in First Form, further promoting effective communication. The following grammar is incorporated in our lessons:  more irregular verbs in the present tense, further work on the near future tense, reflexive verbs in the present and near future tenses, connectives and more high-frequency words, more work on prepositions, learning to give and justify opinions, the perfect tense of regular, irregular and reflexive verbs, using time indicators and using the negative with all tenses.

The overarching work of the department at Key Stage 3 is to develop confidence in the boys’ ability to learn a new language by laying solid foundations. We aim to focus on strategies such as modelling, awareness-raising, receptive processing, and structured production.  This leads to expansion, autonomy, routinisation, and spontaneity in their work.  We learn phonics in French, embed retrieval practice, highlight both the similarities and differences in each language and the pupils are also taught to cope with new vocabulary, work out meanings of unfamiliar language and to understand the sequence of words in French.

The GCSE course for those starting GCSE French or Spanish in September 2021 is broken down as follows, following the AQA specification (it is the same for both subjects):

You may have an interest in language itself; you may have a love of France, its culture and its beautiful language; you may wish to pursue a career involving the use of French or travel in France and other Francophone countries such as Belgium, Switzerland, Canada and many African countries – whatever the interest, proficiency in French is increasingly important and valuable in Europe, particularly post-Brexit.  If you want to be successful in an increasingly globalised world, you will need to be able to communicate in another language.  With a decline in those taking languages past GCSE level, set yourself apart from the rest and study French!

A commitment to reading around the topics studied and doing extra work outside of the classroom is compulsory in this subject.

Spanish is a world language. It is the world’s second most spoken language after Chinese and English. The inhabitants of nearly all of the Central and Latin American countries, as well as those of mainland Spain, speak Spanish. Recent reports of the language needs of British industry reveal the pressing need for personnel with foreign language skills, Spanish being a major focus.  Thus, as well as offering a substantial advantage for a career in business or pleasure, Spanish will provide the Sixth Former with an insight into the richness of the cultures of Spain and Latin America.  If you want to be successful in an increasingly globalised world, you will need to be able to communicate in another language.  With a decline in those taking languages past GCSE level, set yourself apart from the rest and study Spanish!

A commitment to reading around the topics studied and doing extra work outside of the classroom is compulsory in this subject.

Career Paths & Beyond the Classroom

Spanish and French can be studied on their own or together or with another subject (often a Joint Honours degree).  The combination of subjects available varies depending on the university but possible options are:

French/Spanish and another language at beginners’ level (e.g. Mandarin or Arabic)

French/Spanish with Business and Management

Some modern language graduates work on a self-employed basis as interpreters or translators. However, many others choose careers not directly related to their subject but where there is the opportunity to use their language skills, for example working for companies who trade or offer services internationally or to non-English speaking customers and suppliers. This means that language graduates work for a huge variety of employers and sectors. Some examples are: