The Schola's new recording, Hodie!, a collection of Christmas music for boys voices and harp will be released on 11 November. 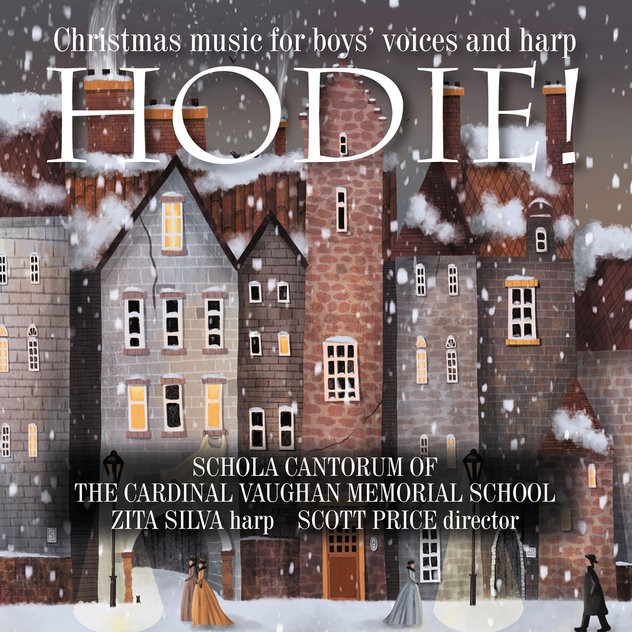 Recorded in May this year, the album features the trebles of the Schola singing alongside harpist Zita Silva in music for Christmas including Britten's Ceremony of Carols, John Rutter's Dancing Day and works by Richard Allain, Owain Park and Errollyn Warren. The recording also contains a new arrangement of 'The Twelve Days of Christmas' for which the ensemble is joined legendary horn player Richard Watkins.

Much of the music on this recording was prepared during the Lockdowns of the past eighteen months. The boys worked tirelessly on Zoom learning the notes, so that when school reopened and they were allowed to sing together again, much of the work in the preparation had been done. Hodie! is a recording that has emerged from the restrictions – chorister ‘bubbles’ and so forth - and is testament to the boys' determination to keep singing no matter what the restrictions and challenges. It is especially rewarding that something so positive has emerged from this difficult time.

The recording will be available on all streaming platforms from 11 November. Physical copies of the CD, limited in number, are now available, directly from the School. Vaughan Parents can buy them on ParentPay - other supporters can order a copy using this link.

All available streaming services can be found here.

You can preview one of the pieces below.