The newly formed Sixth Form Drama Society will be performing their first production, Shakespeare’s Hamlet, in the New Hall after February half term. This modern, student-led production is not one to miss!

Hamlet, the prince of Denmark, returns to Elsinore from his university in Wittenberg to attend his father’s funeral only to find that his mother and uncle have married. Hamlet wishes for death to escape the torment of his mother’s o’erhasty marriage” after his father’s death. He is reunited with his friend, Horatio, who informs him of the recent appearance of his father’s ghost. The ghost commands Hamlet to “revenge [his] foul and most unnatural murder”, by killing his uncle, Claudius.

A travelling group of players arrive at the castle and Hamlet decides to put on a play that will mirror the way in which his father was killed in an attempt to reveal Claudius’ guilt. At the moment that the king in the play is murdered, Claudius stands up and calls off the play.

Hamlet is summoned to his mother’s closet where he hears someone behind her curtain and, in an impulse, Hamlet stabs the arras believing he has fulfilled his      father’s commandment of revenge. But, it is revealed that he has killed Ophelia’s father, Polonius. Hamlet is exiled to England by Claudius, accompanied by his    spying friends, Rosencrantz and Guildenstern, with a note for the King of England from Claudius ordering Hamlet’s death. Hamlet intercepts the note and changes the command to order the death of his duplicitous friends. Hamlet returns to Elsinore to discover that his lover, Ophelia, has died, driven mad by her father’s death and her brother Laertes now conspires with Claudius to kill Hamlet. 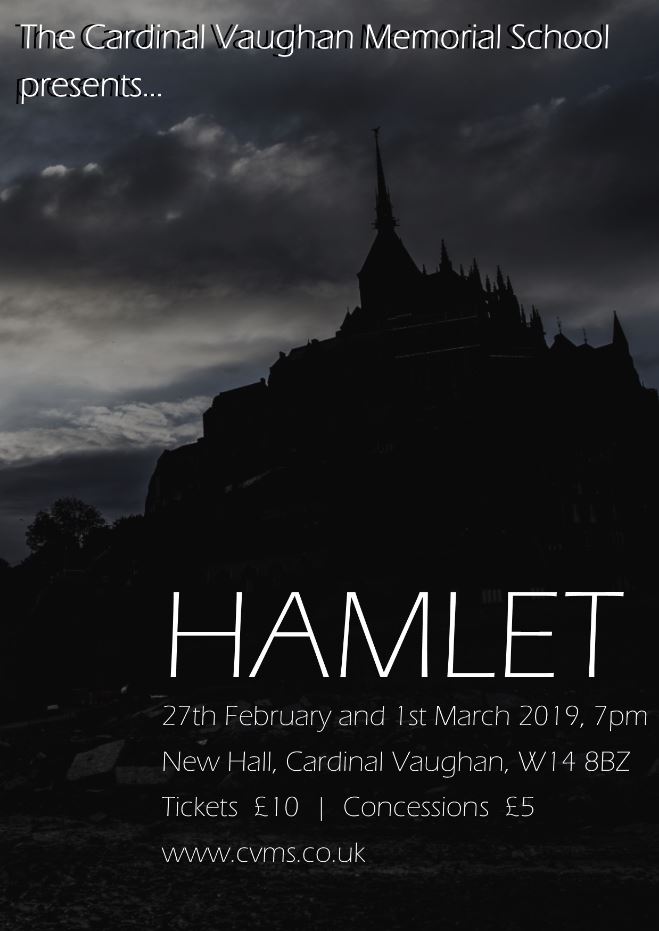